Founded in 1996 by the violinist Rrok Jakaj the S.C.O. consists of elements of various national and international orchestras that propose themselves in this formation to make music together.

In the respective formations of origin the musicians that make up the S.C.O. they played with the most prestigious artists, such as Luciano Pavarotti, Andrea Bocelli, Josè Carreras, Mistislav Rostropovich, Salvatore Accardo. They were also led by the most prestigious Directors, such as Riccardo Muti, Giuseppe Sinopoli, Zubin Metha, Sergiu Celibidache, Eliahu Inbal, Renato Serio and the great Carlo Maria Giulini.

For many of the musicians of the S.C.O. it was the Academy of Tirana and the School of High Musical Improvement of Saluzzo the last school desk. T

he orchestra was applauded in various operatic productions: in France, Belgium, Germany and Spain, with the works "Rigoletto", "Nabucco" and "Faust" in collaboration with "Opera Passion" .In 2002 the SCO she performed on tour in France and throughout Europe with a series of concerts "Homage to Maria Callas": "Magic Flute", "Carmen", "Traviata". 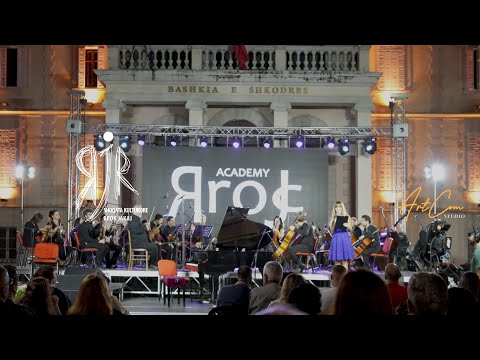